Lost in the Stacks

Interesting items and hidden gems from the library's collections. 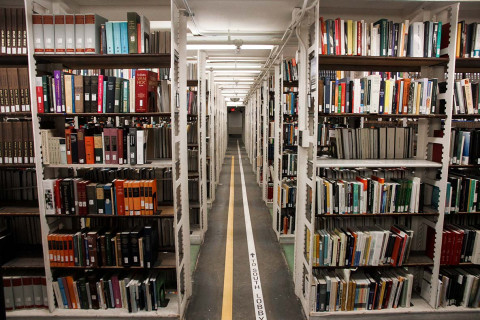 Posts in Lost in the Stacks

January 3, 2023 •
A Place of Greater Safety by Hilary Mantel
This epic novel tells the story of three important figures of the French Revolution: Camille Desmoulins, Georges-Jacques Danton, and Maximilien Robespierre, from their childhoods to the tumultuous events of the Revolution. Mantel has a unique and compelling writing style that draws the reader into the world she writes about.

November 10, 2022 •
Women's Rights and the French Revolution: A Biography of Olympe de Gouges by Sophie Mousset
This is a biography of the playwright and feminist activist Olympe de Gouges, who was the author of pamphlets and other literature in support of women's rights and the abolition of slavery during the French Revolution. She was ridiculed and dismissed in her time, but later recognized as a pioneer of feminist theory, and had a great influence on later advocates for women's rights. The book has its flaws, but it is practically the only biography of this important figure available in English.

October 28, 2022 •
The Bones of Paris by Laurie R. King
In this creepy novel of suspense set in 1920s Paris, American private investigator Harris Stuyvesant searches for a young woman, an artists' model, who has gone missing. His search takes him to a theater producing realistic horror plays and the studio of an artist who creates art objects out of human bones. He also encounters many famous people from the literary and artistic world of Paris at the time, including Hemingway, Picasso, Cole Porter, and the surrealist artist Man Ray, who plays an important role in the plot. Not for the squeamish, but a perfect Halloween read!

October 11, 2022 •
Magpie Murders by Anthony Horowitz
Magpie Murders is a clever mystery within a mystery. It begins with Susan Ryeland, an editor for a London publishing house, reading the last manuscript by a recently deceased mystery author. Then you read the manuscript along with her: a classic English village mystery in the style of Agatha Christie. Frustratingly, it cuts off just before the solution is revealed, and the rest of the book returns to the present day as Susan searches for the missing chapters. Soon enough you learn that the author of the manuscript was murdered, and Susan has to find the real-life murderer as well as the pages that will reveal the murderer in the fictional world.

September 2, 2022 •
The Dead Cry Justice by Rosemary Simpson
In this mystery, one of a series set in Gilded Age New York, Prudence MacKenzie, a judge's daughter turned detective, and Geoffrey Hunter, a former Pinkerton agent, search for two missing children--a brother and sister--in the streets of New York. They learn that the missing girl has been sold into prostitution, and, with the help of historical figures such as Jacob Riis and Nellie Bly, attempt to rescue the children. The book paints a detailed portrait of life in New York in the 1890s, from the parlors of the wealthy to the sordid streets and alleyways of the tenements. 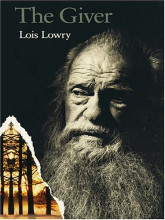 August 22, 2022 •
August Books Picks
Happy August! It’s that time of year– back to school. While starting or resuming school can lead to feelings from being worried to being excited, it’s a phase of change for everyone involved. We want to recommend books that have characters that are also going through huge changes and having their coming of age moments. While you read and cheer them on, make sure you cheer yourself on and care for your wellness as you are transitioning. We wish you a fantastic school year– Go Blue!

August 9, 2022 •
Joan of Arc by Helen Castor
Helen Castor tells the story of Joan of Arc in the context of her times. The book is a history of the part of the Hundred Years' War in which Joan played a major role, and it begins with the English victory at Agincourt in 1415. Castor writes about the political factions, and shifting alliances, in France at the time, and about how Joan's appearance at the French Dauphin's court, followed by her victory at Orléans in 1429, changed the course of the war. She also writes compellingly and movingly of Joan's trial. For biographical information about Joan, look elsewhere, but this book is excellent as a history of her times.

June 21, 2022 •
Some Pride Book Picks by the Student Library Engagement Ambassadors
Happy Pride Month! Diverse representation of LGBTQ+ folks is extremely important, and at the University of Michigan, we want to foster a community of welcoming and acceptance all year round. As parades and festivals continue, you can celebrate or expose yourself to LGBTQ+ characters, authors, and themes in the comfort of your own home through a book! Happy reading! 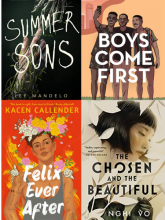 Search in Lost in the Stacks

Browse by Tag in Lost in the Stacks