A New Exhibit: Greek Manuscripts at the University of Michigan Library: A Celebration

Splendors of the religious and artistic endeavors of Byzantine manuscript makers are on display from the Greek manuscript collection at the University of Michigan Library (Special Collections Research Center). We warmly invite you to explore these extraordinary treasures at the Audubon Room, North Hatcher Library, March 26-June 28, 2022.

The University of Michigan Library holds an extensive collection of Greek manuscripts consisting of 110 codices (bound manuscripts) and fragments that range from the fourth to the nineteenth centuries CE. It is the largest such collection in the Western Hemisphere. As explained in the exhibit, most of these manuscripts were purchased through the efforts of Professor Francis Willey Kelsey in the second decade of the previous century.

Our exhibit displays highlights from these holdings, offering insights into the religious and artistic endeavors involved in the making, use, and dissemination of Byzantine codices. In brief, these unique manuscripts are eloquent witnesses of a period of achievements in the areas of textual transmission, calligraphy, illumination, and bookbinding. Most of the Greek manuscripts in our collection were used for various religious services in churches and monasteries. Others were probably destined for private devotion, such as the pocket-size, richly illuminated manuscripts carrying the Gospels. While many of our manuscripts indeed contain the text of the New Testament in various forms, others include religious works from the fourth century onward, written by venerated scholars who gradually shaped the theological foundations of the Christian faith throughout the centuries. 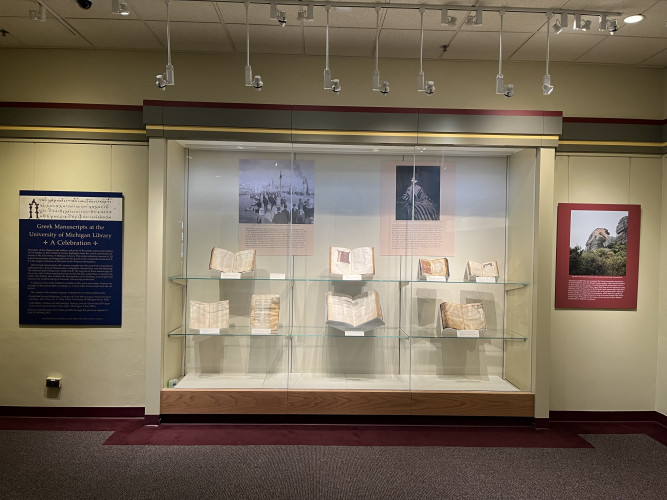 The content of this  exhibit is greatly indebted to two recent publications based on our collection of Greek manuscripts: 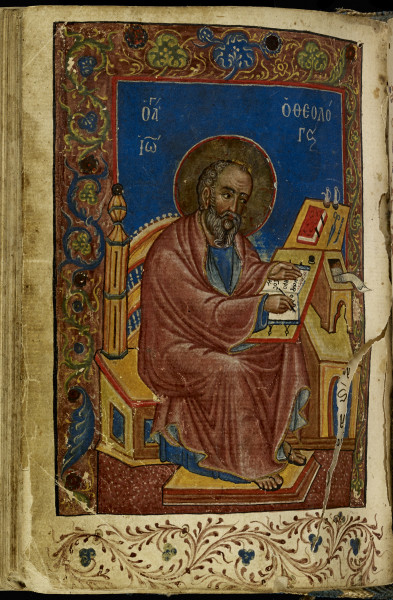 Search in Beyond the Reading Room